It Takes A Village

We believe that extraordinary wines are a product of the passion of those who make them. But even more, it takes dedication, authenticity and some sweat and tears. We have the ultimate team of professionals who believe in the product, deliver it like rockstars and create an experience unlike no other. 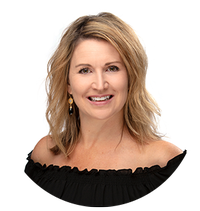 As a child growing up in Alberta, Decoa’s family often vacationed in the beautiful Okanagan. In 1992, Decoa relocated to the Okanagan permanently where she accepted a position with Big White Ski Resort as a coach and ski instructor. In 1996, Decoa graduated as a Business Marketing Major from the Okanagan University College. Since that time, she has held successful sales and marketing positions at Vincor International, Quails’ Gate Estate Winery, Mt. Boucherie Estate Winery, Hainle Vineyards and Pacific Wine and Spirits International. 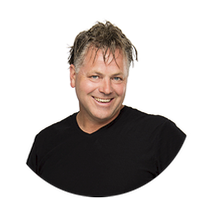 Raconteur with a vision, Jeff’s career in the wine and spirits business spans over 15 years where he founded and developed Rock Creek Draft Cider with Big Rock Brewery, and branded wine with rock royalty, The Rolling Stones. He has also worked within the entertainment industry in other celebrity branding opportunities. With a focus on everything, this explorer will continue to steer this world class brand as he likes to control the sails and the wind.

Jeff’s Moto: “I make things happen from out of nothing and sometimes it’s Chaos”.

Mike's experience spans over 35 years in business, engineering, and manufacturing. During this period Mike has worked with the largest global corporations in hospitality industries. Specifically, he worked in restaurants and manufacturing environments in worldwide executive leadership and ownership capacities. He strives to lead and work with a great team and take Ex Nihilo to an even higher level in enhancing and differentiating the brand.

Janet has worked in the Health Care Industry as a registered nurse, leader and educator for over 30 years. She is passionate about improving people's lives and focuses her time on her family as well as local and international philanthropy causes.

As passionate wine lovers with a desire to bring people together, Mike and Janet are also proprietors of two other wineries currently under development in the Okanagan.

Mike and Janet joined Jeff and Decoa in 2018. 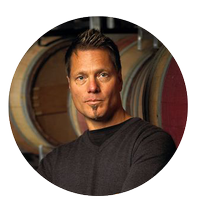 Jim joined the Ex Nihilo Family in 2020 after working in various positions at Cedar Creek, Summerhill Pyramid Winery and Church and State. Most recently Jim was the head winemaker at West Kelowna's Mt. Boucherie Estate Winery since 2009.

When he is away from the winery, Jim calls his greatest passion spending time with his wife and two children, preferably in a foreign country with wineries and vineyards.

It is noteworthy that Jim was previously involved in making wines with Ex Nihilo during their early years.

Anwar started working with Jeff in 2000, in fiberglass in Malaysia. He joined the team at Ex Nihilo in 2007, first part time working in the vineyard as a weekend warrior, then full time since 2015. As Vineyard Manager, Anwar takes care of the vineyards, helps in the cellar, production and overall maintenance. He is Jeff’s ‘Brother from another Mother'.

Eric started his passion for food excellence 25 years ago in a small upscale French bistro, learning the basics of French cuisine. His industry influences include Marco Pierre White, and Anton Mossiman.

Eric attended George Brown College and succeeded in the Professional Chef Program and the specialty of Italian cuisine.

Eric has travelled the world expanding his skills and talents working in Michelin Star Restaurants in Italy, Big Branded Hotels in Canada, and West Indies.

Eric’s approach to his cuisine is “keep it simple.” He chooses the best quality and the freshest local natural ingredients while using a unique method to produce clean flavors that compliment the food experience for his guests.

This native Winnipegger is as Fancy as the come.

Transferred to the Okanagan with her husband and two children in 2006, Nancy put her career on pause focusing on raising her family and enjoying all things Okanagan.

Graduating with a Creative Communications diploma majoring in Public Relations. Nancy has worked in the marketing and communications field in both profit and non-profit sectors.

Nancy takes care of our event planning at the winery, marketing and social media. Nancy joined our team in 2014.

Over the past two seasons Rick has worked with us in various capacities but his primary focus has been in the tasting room and the support of our Wine Club.

In 2014 Rick retired from the Federal Government after a 33 year career that had him make stops in both Edmonton and Calgary.  The majority of his career was spent in management and senior leadership positions with a focus on customer/client service excellence, process improvement and staff training and development.  His most recent and last five years in government were with the Federal Labour Program where he was responsible for the enforcement of Occupational Health and Safety and Labour Standards in British Columbia, Alberta and the Northern Territories.

Rick and his wife Zina live in Lake Country and they have family in both British Columbia and Alberta.

Growing up just five minutes down the road from our beautiful vineyard, this Lake Country local is our go-to-gal for everything Wine Club.

Continuing to build her industry and hospitality education and expertise everyday, Breanna holds a true love for wine and viniculture. She has completed her WSET Level 1 and 2.

Breanna became a part of the Ex Nihilo Family in 2018 starting out as a spectacular Tasting Room Associate. Her outstanding work ethic, attention to detail and witty charm has brought her to where she is today, running our fabulous Wine Club.

“You call it Chaos, we call it Family!”

Get in the Know

Keep up to date on the latest wine releases, events, and promotions. You're going to love being a part of our family.